.ORG
Back to All Articles

The Healthprofit System By the Numbers

The whole damn point of having the capabilities of modern medicine is to share it with as many of us as possible.

As a human who has his own health to worry about, as well as that of his family, I am biased towards wanting universal healthcare.  Concern for my own health may be a factor in this article.

To be fair to all viewpoints in our political system, human and corporate, per Citizens United, there are opposing arguments to single-payer that will be heard.  Let me offer a proxy disclaimer for this opposing content, just in case the corporate voices forget:

As a business, we must put profits first as margins are the very definition of our respective existence.  We have profitable business relationships with private insurance companies, as well as pharmaceutical companies, that are worth billions of dollars a year in advertising alone.

The Moral Argument for Single-payer by the Numbers:

“But how will we pay for it?” is the talking point that chases down any, and all, conversations about healthcare reform.  It is the most common attack from right-leaning critics of any attempt to bring about universal healthcare.  But it isn’t an attack, it's a retreat.  There is no real moral argument against universal healthcare.  What do people do when they can’t win the fight on the current playing field?  They flee and hope to re-engage from a better position.  Status quo healthcare defenders insist the argument happens on material grounds.  We’ll get to those material numbers in a moment but when it comes to putting money ahead of people …  Fuck that.  I’m tired of the moral argument being made after the fact, so I’m going to lead with it.

Here is the most important number in healthcare:

As in we each get one life.  Just one.  One birth. One death.  One lived experience with friends and family.  This one life is tied to one heart and one mind.  It is all we get and we only get what our fragile biological system can sustain.  As such, all our collective will and effort goes into taking care of our biological system as best we can.  Healthcare is the aggregate of every trick we’ve learned to ease our suffering, extend our lives, extend our individual, mysterious sentience, as well as everyone we know and love.  The whole damn point of having the capabilities of modern medicine is to share it with as many of us as possible.

Zero is the amount of financial concern anyone should have to deal with when maintaining their basic health.

Zero is the amount of financial concern that should enter into our respective career decisions that will dictate how we spend most of our time in this ONE life of ours.

Zero also happens to be the amount of democracy that goes on within Private Insurance companies.  As in zero elections, zero votes, on important decisions about what health treatments are ”reasonable & necessary,” and which are not.  There are no campaigns on how to manage any surpluses or profits, earned by overcharging people who were lucky enough to stay healthy this year while minimizing payouts to those not so lucky.

Moving on to the money concerns regarding Universal Healthcare.  While it’s cliche, I’d like to spell out the left’s go-to response to ‘What about the cost?’ concern.  Cost is not brought up when the military budget is re-upped every year.  There is something tragically self-hating about a species that spends freely on more efficient ways to kill each other, while penny-pinching over who gets current treatments that can save lives.  Let’s go over the cost as it is certainly not pennies being discussed here.

This is the Total Health Expenditure in 2019 per CMS.gov.  It sounds like a lot but then again why wouldn’t it be?  We’re talking a large part of the bottom of Maslow’s Pyramid of Needs. 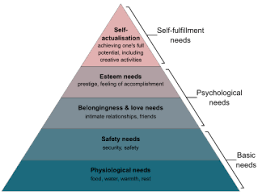 Opponents of Single-payer will browbeat those who dare suggest we equally distribute healthcare to all with the scary total numbers of cost.  The left’s usual answer is so cliche I hate making the same point, but so is the amount of money we spend on the military.  We accept the idea that National Security is so basic, that it’s needed to secure whatever our society manages to produce, that cost is dealt with after the fact.  This is how society ought to treat healthcare also.

A side note on this pricey National Security of ours is that it’s failed to protect us against contaminated water supplies, or even provide something as basic as masks during a pandemic.  What if we had been attacked by a biological weapon? Could it be our ‘National Security’ is only tuned to offensive efforts, to attacking other countries versus actually providing National Security?

Medicare and Medicaid - our current means-tested Single-Payer system - covered $1.4 Trillion dollars in expenses last year.  Some, again, would flinch at such a large, scary number while blindly accepting whatever military expenses we have as the cost of doing business.  Some ignore the fact that healthcare is going to happen one way or another.  For $1.4 Trillion dollars the United States provided the bulk of the cost of universally taking care of our elderly and our poor.

Private Insurance paid out $1.19 Trillion in healthcare.  Another large Trillion Dollar number. Before you worry too much about it, know they made $35.7 Billion Dollars while doing it.  Private Insurance is mostly provided through employers, so this pool of people are the ones healthy enough to work and doing well enough to be gainfully employed.  Basically, the Private Insurance company has been given the easier job.  What they’ve done with their never-ending profits (which grew during the pandemic), is to create complex, byzantine networks of providers. They punish policyholders if the wrong specialist looks at an x-ray, or is used for anesthetics.  Oh, and they sponsor your local sports teams and race events (albeit, with profits made on premiums withheld from paychecks in a way that is nearly identical to taxation)

Touched upon this earlier, but there is the big, scary what-aboutism number: What we spend on the most dangerous military entity to ever exist on the planet.  Capable of distributing death globally and on-demand.  Our military is shortening that ONE life of so many people.  And yet this ever capable monster cannot- will not be used to help restore the water supply of one of our cities.

In the only developed nation where medical bankruptcy is a more and more common ending for its citizens there is seldom a concern about the financial burden of the military.  Well, Eisenhower did once famously say, ‘We will bankrupt ourselves in the vain search for absolute security.’  But that isn’t someone we’ve ever listened to in the past.

530,000 families turn to bankruptcy each year because of medical issues and bills.

The Numbers Around the Fight for Single-Payer

73% Americans are for Single-Payer per Fox News

About half of Republicans Support Medicare for All

Support among Democrat voters may be has high as 88%

Depending on how one looks to score the battle of ideas, the debate over health coverage is a battle where the Progressive Left has won, considering the consensus of the electorate.  Biden declared he could bypass Republican elected officials and pass stimulus without them and still call it bipartisan because it represents the will of Republican Voters...well… that is the moderate left giving priority to the will of the people.

If you are an employee of a health insurance company, perhaps in marketing charged with the job of managing a positive attitude toward private plans, this sounds like bad news … but don’t worry, even though it looks like you lost, this isn’t how the US Government actually works.

VOX says the notorious Princeton Study that notes the disconnect between what Americans want and actual policy overstates the claim when bringing in the ‘oligarchy’ word.  But how long has marijuana been kept at bay?  How is Net Neutrality always under attack?  Whether or not the Princeton study was overstated, the call to the attention of this disconnect remains critically important.

Here is Caitlin Johnstone’s take on this electoral impotence.

“The game has ALWAYS been rigged; the problem has been that people don't know it. Electoral politics is just the unplugged video game controller they give the baby brother so he thinks he's playing. The goal has always been to wake people up to the fact that it's not plugged in.” - Caitlin Johnstone

In short, a $35.7 billionaire (Private Insurance Companies) who’s buddies with a $1.3 trillion dollar Pharmaceutical Market and has a $720 Billionaire Media Market acting as its mouthpiece isn’t going to be taken down by something as lowly as the will of the American People.

Call to Action - (Well, a Call to Virtual Action)

It’s grim.  All signs say there is no future where single-payer happens.  I wrote a satirical obituary to gain some closure over this issue.  But fighting the good fight means throwing whatever kind of punch you can.  Let’s at least make it clear as day where the will of the people stands, congressional district by congregational district. Cast your Virtual Vote right now. It only takes 5 minutes. Hopefully, the next time there is a clamoring for a vote on something most of us want, we’ll be able to point at district numbers of our elected officials and insist they represent us.

Finally, there’s something to how ridiculously stingy the Federal Government has been during a Pandemic, revealing that perhaps it is simply a matter of breaking the dam.  The paranoia about giving too much stimulus suggests that somewhere in the subconscious of the opposition to helping Americans, it is known that the first inch the floor is raised, won’t be the last.


It is the classic ACLU mentality that I may hate what you have to say, and what you represent, but will fight for your right to say it.


And that is where we are. With Progressives standing on the side of the road with their thumb out being mocked for it by people who don’t know they’re on their way to Seattle. Except for the pair of rich cousins in the front seats, driving and riding shotgun.