Anti-imperialism leads the charge of most of her writing but overall an effective critic of the mainstream. Pointing out where the consensus understanding falls short of the truth of the matter. There is also a collectivist type of spirituality that makes me think of Russel Brand or Marriane Williamson.


The People's Basics is a Political Media outlet, lead by Jon Munitz, that looks to embody the ideology of Human Centered Economics as popularized by Andrew Yang.

The concept is by making individuals the key focus of our economic policies we can shift our culture from one that reduces people to what they can produce in the global economy, to one that lifts people up, recognizing their innate value.

This is a personal list of pundits I currently follow and my approximation of thier respective positions/worldviews/political affiliations and perhaps my general opinion of them.

Kyle Kulinski of Secular Talk
Kyle covers Political News from the Progressive-Left perspective that champions Bernie Sanders and looks to other Social Democratic Countries as examples of how perhaps the US would be better with Medicare for All.

Ben Shapiro of The Daily Wire
Ben Shapiro is an intelligent, fast-talking, conservative who acts as a partisan pit bull but is more than capable of having higher level conversations. From what I can gather Shapiro is for a strict interpretation of the Constitution, a strong US Military Presence on the world stage, and a Government that will stay out of the way of the Private Sector. His goto catch phrase: "Facts don't care about your feelings" Ted Cruz is a politician he respects and looks up to.

Jimmy Dore of The Jimmy Dore Show
Jimmy Dore is a standup comic who hosts a Political Show on YouTube, The Jimmy Dore Show, which is an affiliate of The Young Turks. He breaks down news from a progressive left point of view. He is supportive of Bernie Sanders but at the same time doesn't believe the Democratic Party can be saved/transformed into a Party that will represent a truly progressive agenda which should include a single payer healthcare system, a rejection of corporate money, and a reduced role for the US Military, and for wealth inquality to some how, some way be reigned in.

Dore doesn't take any news passed through from deep state agencies such as the CIA at face value and instead looks for the evidence, considers the more believable motivations of foreigh powers, seemingly subscribed to a Noam Chomsky type cynicism for US Foreign Policy. There is a humor to his show but more often than not these days its a type of gallows humor of a comedien who perhaps has resigned himself to the fact this is the way the world is. As Geogre Carlin says, 'its a big club and you ain't in it.'

The Young Turks of TYT
Somehow I haven't fully subscribed to the TYT network despite avidly following Secular Talk and the Jimmy Dore show. So not as familiar with their full body of work, but they certainly are on the left, and much more supportive of the Progressive, Bernie Sanders, segment of the left, but with more sympathy to mainstream democrats and perhaps the Clintons.

Michael Brooks of The Majority Report/The Michael Brooks Show
I'll have to circle back on this intro. But Brooks is a leftist with conviction who isn't above taking partisan jabs at the right, and revels in it at times.


I haven't seen enough to have some sort of finalized take on David Pakman but from what I've seen he is a typical, moderate leftist, doesn't want to replace capitalism, just a stronger safety net where it makes sense.  Pakman's style is a bit different than other political pundits in that he isn't beating his listeners over the head with his political position, but instead takes the time to talk about an issue from the ground up, explaining points and counter points...though he does end up at his own position in the process...but fair enough, happens to us all.  Point is he doesn't arrive at his own opinion and look to drop the mic, as much as, well this is the sense I can make of this.


I'm a bit hesitant about how to label Bill Maher.  By virtue of his status he is mainstream but not sure he is representative of a typical mainstream Democrat.  Bill Maher is definitely on the left but lashes out at political correctness at any and every turn.  Which pits him against the Social Justice Warrior faction of the left.


I can't do the man justice so will defer for now.

If you want to know how the world really works I'd suggest looking him up on YouTube.


A knowledgable, leading voice of the liberal left.

I first started noticing Nathan J Robinson for his scathing take down on none other than Ben Shapiro..cited by Kyle Kulinski.  Thoughful counterarguments as well as keen deconstruction of rhetorical tricks that all writers and political pundits use, at times by accident, other times very much so on purpose and with malice.


I've only seen a few videos but the ones I've seen have been great overall summaries of the current give and take of left versus right politics and how badly the left is getting thumped by the tactics of the right.

Sam Seder of The Majority Report


Another Progressive Left political show.  This one is lead by Sam Seder but has a talented crew as well.  They are accurate and mostly professional but aren't above cheap shots pending on the political opponent or the amount of a laugh they think they can get.


N/A - Basically the Oprah of podcasts 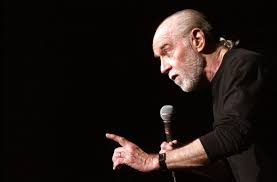 
George Carlin is arguably one of the top 10 standup comics of all time.  He also was incisive about politics.

Briahna Joy Gray is a lawyer who was the National Press Secretary for Bernie Sanders 2020 campaign.

David Doel of The Rational National


A level headed Progressive take on the news.

The Hill of Progressive

But the start on the common ground of being contrarian to moderete left or moderate right coverage.

The Michael Brooks Show of TMBS


TMBS was an offshoot of the MR hosted by the late Michael Brooks.  Brooks was a major influence on shaping my own worldview though that isn't to say I agreed with him 100% of the time.

No matter where/when I may disagree on the political positions of his show and the projects of this co-workers Matt Lech, David Griscom, I owe them so much of

what I learned and much I intend to still learn about how the class struggle plays out on the global stage.


Brand goes 100 miles per hour and mixes in a sprituality to his analysis that makes some dismiss him but for me it lands and I think the left would do well not to divorce itself from a spirituality that many people feel is a core component of how they connect with others.

Jon Munitz of The Peoples Basics


Formerly the Hill of Roses.  Moving to The Peoples Basics.

Strong proponent for Universal Basic Income (UBI) but extends this to all basic needs such as healthcare.

Cody Johnston of Some More News


A Progressive version of the Daily Show, that is a show where politcal news and issues are discussed in a humorous way but the underlying ideology is this of a Progressive.  That left faction of the Democratic Party that at best may get a committee chair one day that the right pretends are puppet masters and fear monger about.  Because making overdue adjustments to education and the minimum wage while taking initiative against climate change would be the ruin of another wise pristine status quo.

Justin King of Beau of the Fifth Column


He's good.  Left of me but suspect it may be due to him knowing more than me.

Saagar Enjeti of The Hill


He may actually be a Progressive Conservative, if such a thing can exist.